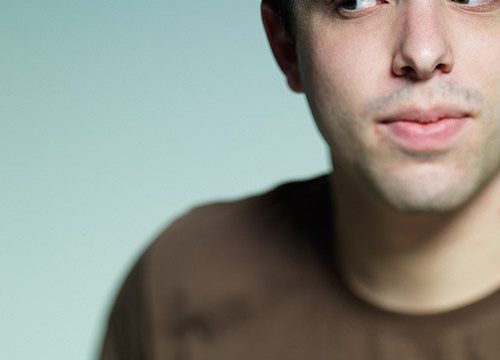 What’s the first photo you remember taking?
I have vague memories of taking pictures as young child using my Dad’s camera but the first proper photo I remember taking was of my friends skating when I was around 14.

What made you realise you have a talent for photography?
I’ve never had a eureka moment as such, I’ve just seen a steady progression of my ability since I started taking pictures when I was around the age of 14. There have been jumps in my ability, particularly in the last year of university, when I started assisting other photographers, and working with a few amazing creatives have all seen the quality of my work increase dramatically.

If you could photograph anyone who would it be and how would you do it?
I’d love to photograph Bjork, as I think something crazy would happen. How would I do it? It’d have to be ridiculous set with some crazy outfits all very moodily lit with a bit of a dystopian theme.

What’s the worst thing that’s ever happened to you on a shoot?
When I was working as a digi assistant we were shooting a Mazda ad out in Porto, Portugal and were photographing a huge stallion (think black beauty). All of a sudden a car screeches round the corner, crashes into the bank next to us, a guy gets out and legs it through our set. Almost immediately a couple of police cars screech up, out get the police who chase the guy through our set and as soon as there’s no people in the way start shooting at him. It was pretty intense and thankfully they didn’t hit him.

If you could only have 3 pieces of kit, what would they be?
A camera, lighting truck and a grip truck. Maybe that’s cheating but the kind of imagery I like making requires lots of equipment.

What’s the story behind the Ronald McDonald shot?
The idea behind the Ronald shot is to look at the hidden lives of characters from pop fiction. We always see Ronald as the happy smiley face of McDonalds eating a cheese burger, but I imagined him to be slightly bitter and twisted, a little like Krusty the Clown from the Simpsons. As soon as the cameras are off he’s a different person. I’d always imagined Ronald having a hard day at work and craving pizza, the one thing you can’t get from McDonalds and so after work he’s sloped off to a dirty east end pizza place in disguise.

What’s the most extreme thing you’ve done to get an image?
Probably the most extreme thing I’ve done photographically was to fly myself out to a war zone when Russia and Georgia had a 5 day war in 2008. I was just about a to book a holiday when it happened and even though I don’t usually do that kind of photography it seemed like a good idea at the time. It was quite interesting but maybe not the most sensible idea! Other unusual things I’ve done photographically include buying 4,500 books and collecting vast quantities of mud from the beach.

What’s the best photography job you’ve done?
As an assistant I worked on some pretty epic photo shoots, since then I’ve shot a few cool adverts and loads of wicked bands but compared to turning a stately home into a rag tag lion boxing den complete with real lion it’s a tough comparison. This summer I shot a job out in Spain photographing back plates to be used for CGI backgrounds, that was amazing. We spent a month on the road shooting in all conditions from snow in the north to the desert in the south, that was a good month!

What’s the worst?
I don’t think I could actually list them on here as it’d involve dropping names. I enjoy most of my jobs, but some people can be very difficult!

If you could spend an evening with any photographer, who would it be?
I’d love to get some tips from Richard Avedon, he was an unbelievable photographer. However if it was going to be the whole evening, it’d have to be Sebastio Salgado, I bet he’s got some great stories from his photos.

You can work on location with Joe on 5th April.

Stay In The Know