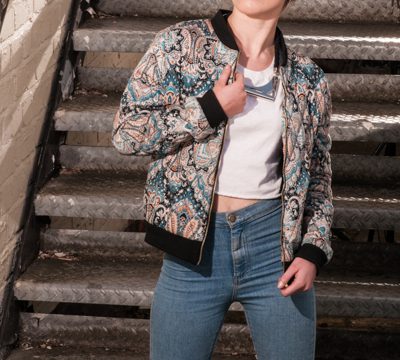 In certain fancy restaurants you see things on the menu such as ‘Organic Rare Breed Worcester Old Spot Pig Three Ways’. On the plate you’ll get that unusual pig turned into a flavoursome sausage, it’s belly served slow roasted and succulent and also as a crispy crackling.

What the chef is showing is how creative and skillful they are. She can make three vastly different dishes from basically one ingredient just by changing the way it’s prepared and served.

Why are we talking about rare breed pigs and chefs? It’s about creativity and technique.

Photographers are like chefs. We have a set of ingredients to work with, such as model and a location. We also have a set of tools – a camera, a lens, and some lighting. By applying creativity and technical know-how, these tools can be used to cook up a variety of different results from the same ingredients. One scene can be turned into a diverse array of images, each with a different look and feel.

Here’s one we prepared earlier.

Our scene (lit three ways) is a girl by some steps in a car park in Birmingham. We only hang out in the most salubrious of locations.

First – all natural light. We’re in the shade here, so everything is fairly evenly lit. Reasonably nice shot, nothing wrong with it.

Second – ambient light dropped by one stop and a single flash through a diffuser triggered remotely to add a soft light to our model’s face. The image now looks a bit more interesting. Our model’s face stands out compared to the first shot. The background is subtly darker.

Third – by dropping the ambient light by around three stops, and firing a flash through the steps and onto the wall we created interesting shapes on the wall, and a rim light. A second light on the models face completes the set up.

Like a Michelin star chef, but with a camera and a couple of flashes, rather than a ladle and a blender.

The images were taken on our Flash Photography Workshop.